We are delighted to announce a most delicious triple bill. The world's foremost musical-miniaturist-poet-and-monger-of-gorgeous-crunks-and-thuds Pete Um, the delicious-synth-and-drum-tastic-pop-noise-odyssey-merchants Mucky Sailor, and lock-up-your-daughters-and-sons-and-block-your-noses Ergo Phizmiz.

Presented by Care in the Community Recordings, on December 19th at the Shacklewell Arms, London. 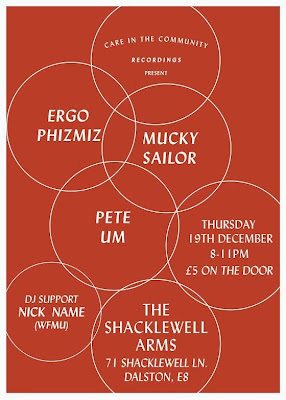 Roll up! Roll up!

Press Release from Care in the Community Recordings: 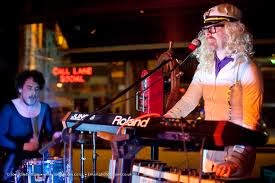 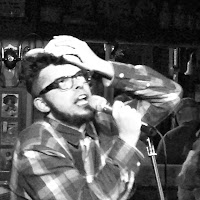 Ergo Phizmiz: “Hailed in some quarters as the missing link between Viv Stanshall and Robert Wyatt”(Uncut) the song-writer,composer and performer opened the year with the album Eleven Songs (Loud and Quiet record of the week ) and his crazed music theatre piece Gargantua touring the UK and Europe .Both were loving detailed in a four page feature in The Wire. Ergo continued his year in typically prolific style with an opera commission from Trinity Laban and Tete-a-Tete, music for a Channel 4 animation series , started a movie soundtrack and has just begun a residency with the Opera Group. Ergo will perform either solo or with his three or four piece band with music from Eleven Songs and his forthcoming LP The Peacock. 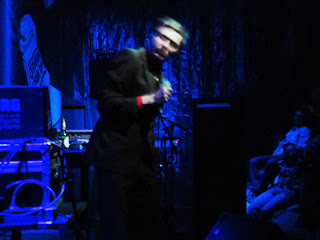 Pete Um: A master of the miniature electro-acoustic song-poem, a form he has more or less invented and crystallised himself, his work displays a sardonic wit combined with a healthy misanthropy in micro-collages of voice, instruments, samples, and electronics."


To commemorate this joyous occasion, we decided to release EIN TOKSVIG. It's been a while coming, but here it is.


EIN TOKSVIG. Not a tribute to Sandi Toksvig, this song was written and recorded long before I'd ever heard the News Quiz. Now I have, of course, I think Sandi Toksvig is a marvellous little teddy-bear. The song itself, Toksvig aside, is heavy-metal nonsense. T.S. Eliot described Edward Lear's later nonsense poetry "the blues" - this is my answer. Nonsense metal. The rock'n'roll of non sequiturs and Toksvigs. But if the attitude of Lear's poetry defines it as "the blues", it is necessary for nonsense metal to fully adopt the necessary attitude of rage and testosterone. I recorded this song dressed entirely in leather, and had my nipples pierced for the occasion. The holes have since closed up. 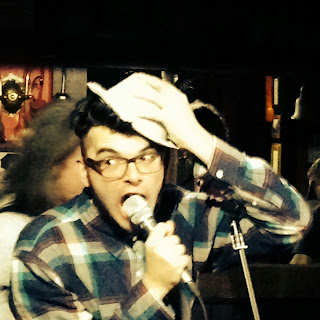 "You lucky folks can catch Ergo Phizmiz at The Shacklewell Arms on the 19th December playing songs from his forthcoming LP The Peacock due for release Spring 2014.
Ergo the song-writer, composer and performer opened the year with the album  Eleven Songsand his crazed music theatre piece, Gargantua which toured the UK and Europe.
He also had an opera commission from Trinity Laban and Tete-a-Tete, music for Channel 4s Random Acts animation series and started a movie soundtrack. Ergo will perform music fromEleven Songs and The Peacock at the Shacklewell Arms and details of this special gig are below.
Care in the Community Recordings presents a night of avant-pop music with “one man movement” (The Wire) Ergo Phizmiz and Leeds based deranged prog-rhythm-rock duo, Mucky Sailor.  They are joined by Pete Um and a stripped down set from Belarusian Sasha llyukevich backed on keyboards by Dave Maric (Steve Martland Band).  DJ support from Nick Name (WFMU) Tickets HERE"