Another year packed full of treats, chaos, splendour, and naughtiness. 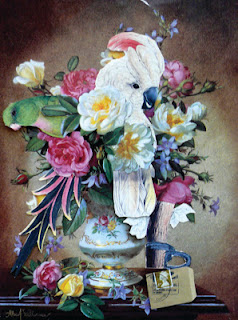 A large slab of the year was taken up in the production of this radio piece for Bayerischer Rundfunk, an ornithological mosaic which was given a special mention for Horspiel Das Monats. You can stream and download the piece here. 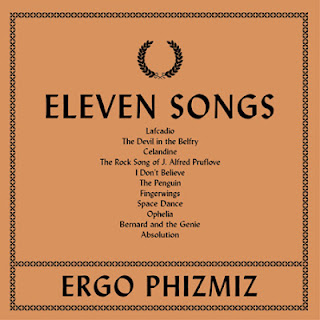 The new collection of songwriting by Ergo was released in December on Care in the Community Recordings to critical acclaim:

"There are brains and vast imagination at every juncture" - Americana UK

"Cleverly and lovingly constructed" - The Wire

"One of the quiet highlights of the musical year" - MusicOMH

The album is available to buy through all major music stockists, whatever that means, and here's the first music video from the album, directed by Simon Mathewson and Martha Moopette.


And a couple of album outtakes.... 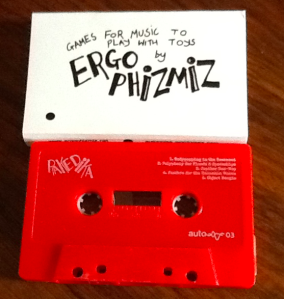 The Autonoise Collective released a limited edition of 100 cassettes of Ergo Phizmiz's "Rakedika", a new collection of electronic music created entirely from cut-ups of Autonoise's own Hacked Toys. Buy it at Autonoise. 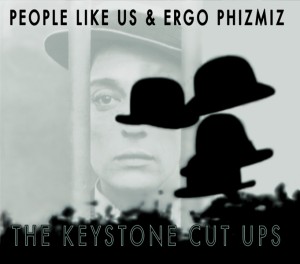 The fabulous Illegal Art released the DVD and 7" single from the continuing collaboration of People Like Us & Ergo Phizmiz (of which, exciting new things happening in 2013). The project plays with the relationships between early silent-comedy and avant-garde cinema, to an original instrumental score. You can purchase the DVD, and the 7" imminently, on ergophizmiz.net 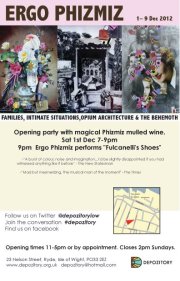 Ergo's first solo exhibition of paper and mixed media collages was presented at Depozitory on the Isle of Wight in early December to enthusiastic reception, with a performance of the seldom shown "Fulcanelli's Shoes".

THE OLD MAN OF THE MOUNTAIN 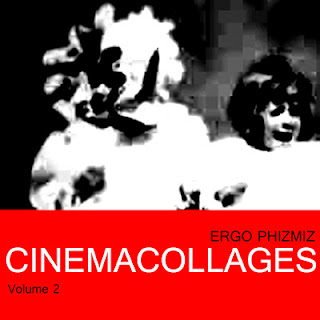 Continuing adventures in the sonic landscapes of cinema, focusing on the works of Karel Zeman, Piotr Kamler, and Orson Welles. 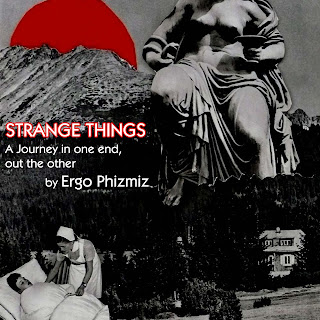 An online only EP of synthetic orchestral music, sound-collage and a cover version of John Holt's "Strange Things".

Adventures in "disposable music", which feed, as with many of Ergo's playwithexperimentalish works of 2012, into his 2013 radio piece "Boojum".

For Vicki Bennett's mammoth 744 hour long radio broadcast, Ergo sang the entirety of foru Gilbert and Sullivan operas from memory, whilst in the midst of some form of nasty breakdown caused by trying to tour a Flann O'Brien opera with no money. Listen here, if you can stand it.... 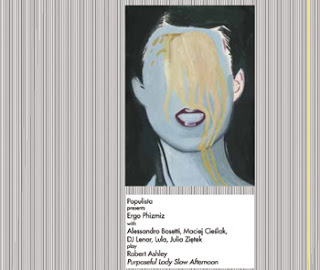 One of the most detested CD releases of the year, Ergo's combination of Robert Ashley and Winner's Dinners, recorded in Poland and released on Michal Libera's brilliant Populista imprint, stuck a lollipop firmly up the bum of the so called avant-garde. Respect nothing, or death! 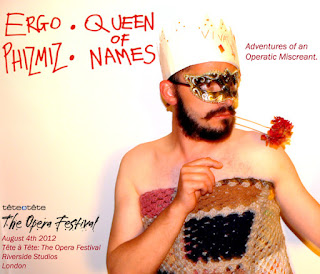 The one-man retrospective of opera and opera related work premiered at this year's Tete-a-Tete: The Opera Festival, and can be seen in its entirety here.

CARING IN THE COMMUNITY

The splendid folks at Tete-a-Tete Opera commissioned a short opera about miserable neighbours from Ergo, who has lots of experience in the area. You can view a performance of the opera here.

* * *
2013 promises many treats, including the science-fiction-autobiography-radioplay "Boojum" on WDR3 in January, a string of live dates, a new project with People Like Us, a new opera about the wife of a very famous artist, and a UK tour of the new piece for theatre / animation / collage and electronic music "Gargantua".﻿