AFTER A BAPTISM IN THE ALDEBURGH SEA BY MINISTER FREDERIC WAKE-WALKER, THE SUPERMEGAUBERTASTICLE ARTIST ERGO PHIZMIZ (PLC) IS BACK, AND THIS, MOTHERFUCKERS, IS "NIBIRU!"


presents a musical version of 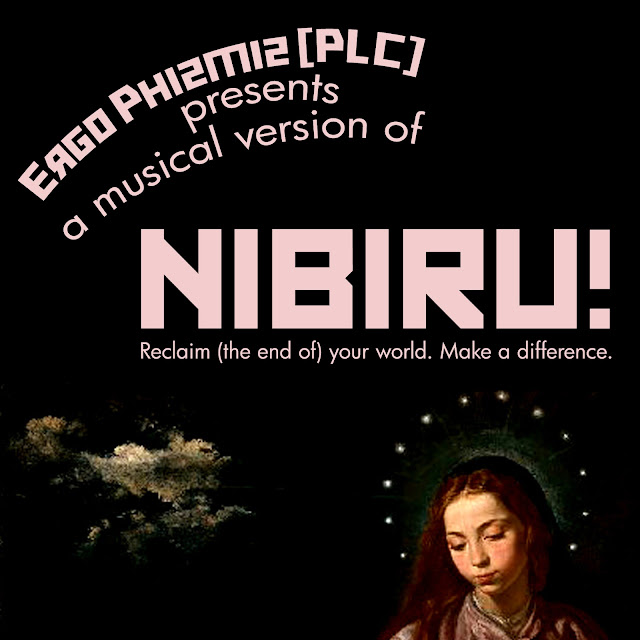 What the world undoubtedly needs in these troubled times is a massive, epic concept album about the apocalypse, conspiracy theories, and [social]networking. This is that album.


Given that it has been proposed Nibiru is going to smash and obliterate the earth in mid December 2017, this album has only a few days to be listened to. You'd better dig in.

Smash-ups of spoken-word, sound-collage, electronic music, live instruments, and the best of Youtube. This is your party as Rome burns. Wrap up warm.


TAKE A CADBURY'S FLAKE ADVERT, SLOW IT DOWN TO THE LENGTH OF THE TRACK


TAKE A YOUTUBE VIDEO OF A SOLAR ECLIPSE, WHICH TURNS OUT, AS IT HAPPENS, TO HAVE THE WORDS “RIGHT WING” SUDDENLY AND ABRUPTLY SPATTERED ONTO THE SCREEN 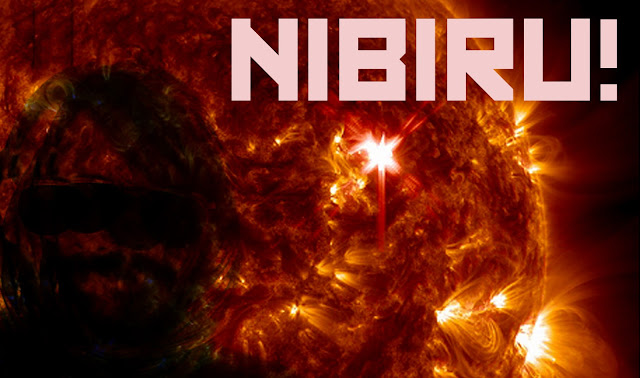 
Synthesisers performed by Lottie [Depresstival] Bowater, Lukas Simonis, Dominic Robertson (one night at Worm, Rotterdam, when I lost my umbrella) *


Dedicated to Jon Panther, for sending me on the concept album trail, and Richard Kennedy, for the arctic vacations.


* Between writing this text this afternoon and returning tonight to release the album, I was given a new umbrella. Nibiru is definitely coming.  What will we do? If the earth is flat, as some seem to be suggesting, we might be alright - that is, Nibiru might just roll along it like a marble. It could even just skim the bottom. And we all know how nice skimming the bottom is. Wish Nibiru the best of luck. And a happy Eczemas to all the politicians, to the rise of everyday Fascism, the continuing infringements of human rights and civil liberties, and the general, mainstream, wilful regression into idiocy that is happening seemingly everywhere. Happy fucking what? Tell the Ravens to leave the Tower of London as soon as possible and find another planet. I know Beefeaters look nice and all that but everything has its day. Goodbye, have a nice eternity.