A new production of "Gala", Ergo Phizmiz's opera on the romance of Gala Dali and Jesus Christ Superstar, is presented in a new production, directed by the composer, at Arcola's Grimeborn 2015 Festival. 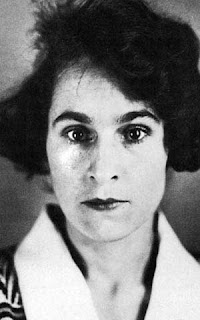 Jeff Fenholt is a twenty-one year old actor, playing the title role in Jesus Christ Superstar on Broadway. Gala Dali is the aging wife and muse of Salvador Dali. GALA is the story of their affair.

This tragicomic chamber opera from 'renaissance man Ergo Phizmiz' (The Wire) plays at Grimeborn for one night only.

A highly original voice in British music, Phizmiz has created award-winning radio pieces for the BBC, original albums and, most recently, a film score. This year he became the first composer-in-residence at the Hay Festival.

"One of the most inventive composers around ... a musical equivalent to Chris Morris" – BBC Radio 3

"Thanks for your beautiful, compelling, funny, crazy stuff. I listen to you while sitting at my drawing board. Keep up the fine work!" – Matt Groening, creator of The Simpsons

"I strongly advise you try and attend. For those of you unfamiliar with the work of Ergo, he is an exceptionally difficult fellow to describe, he has over the years produced a body of work that crosses over every kind of music and sound imaginable.” – Tom Ravenscroft, New Statesman

"Always accessible yet always otherworldly….It’s at moments like this when the quixotic notion of Ergo Phizmiz breaking through seems more than merely a slightly unhinged dream" – BBC Music Review

"Mad but mesmerising" – The Times

"Eccentric, boundary testing, ridiculously different…In some ways you could say that Ergo Phizmiz is the complete artist…” – The Kaje

"With so many claims to eccentricity in today’s pop-culture, it’s hard to differentiate talent from cliché but Phizmiz’s art places him as the real deal." – The Upcoming

Sunday evening at 8pm
All tickets £10
Tickets are £10 or less with Arcola Passport
Running time: 30 minutes (no interval).
In Studio 1, seating is allocated.
Posted by Ergo Phizmiz at 01:51

Email ThisBlogThis!Share to TwitterShare to FacebookShare to Pinterest
Labels: gala