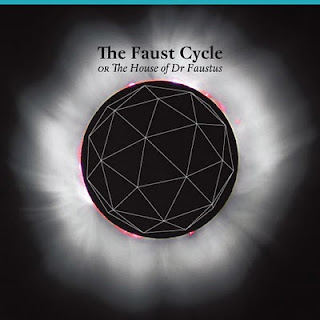 The Faust Cycle
or, The House of Dr Faustus
-Released 1st January 2010 on Headphonica -

One afternoon Ergo Phizmiz finds himself lumbered into delivering a parcel to the house of legendary alchemist and necromancer Dr Johann Faustus who, since the events of some time ago for which he is renowned, has entered into a rather quieter life in a vast, labyrinthine house, with hundreds of lodgers running the gamut from artists, birds, bird-people, walking fictions, ventriloquists, a Cassowary, running chairs, walking gramophones, and myriad automata. 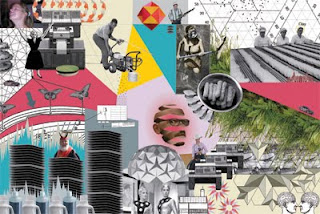 This enormous dream fable, told through speech, songs, collage and sound-design, is the result of over three years delving down various rabbit-holes, and features collaborations in a range of contexts with artists of many disciplines, including Jack Phoenix, Margita Zalite, Pete Um, Angela Valid, Bela Emerson, Martha Moopette, Amie Willingale, and Zenith Pitts.

In glorious radiophonic technicolour, it is a musical-comedy of disorientation and magick, somewhere between nightmare and the half-remembered childhood whimsy of an insomniac music-hall artiste.


Download the entire 15 hours, complete with magnificent artwork from Moritz Grunke and friends, free, from the marvellous Headphonica.